In Sugahara laboratory, we make full use of the synthetic techniques of inorganic synthetic chemistry in seamless combination with those of organic, organometallic and polymer chemistry mainly to develop the preparation methods for organic-inorganic hybrid materials and ceramic materials.
Our current main research topics are as follows:

Preparation of single- and double-layered nanosheets

With previous preparation techniques for nanosheets, it was difficult to prepare nanosheets composed of multiple layers. Potassium hexaniobate exhibits a unique structure, however, in which two kinds of interlayers (interlayersⅠ and Ⅱ) appear alternately. We used their different reactivities to achieve selective surface modification of interlayerⅠand surface modification of both interlayers Ⅰ and Ⅱ using phenylphosphonic acid. Upon exfoliation of these layered organic derivatives, preparation of double- and single-layered nanosheets was successfully achieved.

The above-mentioned surface modification using organophosphonic acids could exhibit disadvantages for some layered compounds: the strong acidity of POH groups in phosphonic acids could destroy some inorganic surfaces. Kaolinite, a unique layered clay mineral bearing interlayer hydroxyl groups (Al2Si2O5(OH)4), has been widely used since ancient times as a raw material for pottery. The attempt to modify kaolinite surfaces with an organophosphonic acid failed, however, due to decomposition of the kaolinite structure. By contrast, we achieved the modification of kaolinite surfaces using trimethlyphosphate, the smallest phosphoric acid triester. 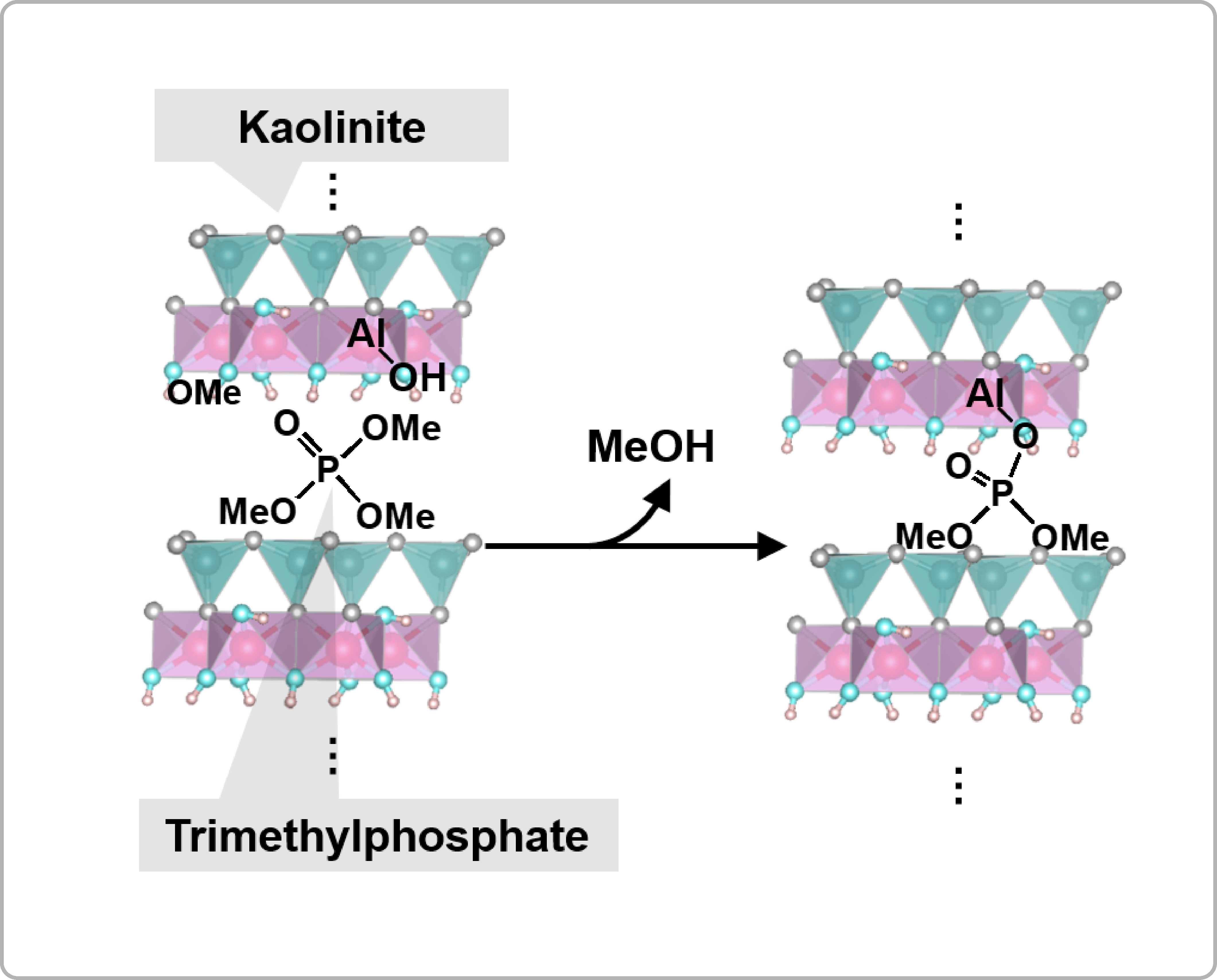 Although Li-doped poly(ethylene oxide) could be an excellent Li-ion conductor, its crystallization decrease ion to significantly conductivity proceeds at room temperature. Thus, organic-inorganic hybrid materials were prepared through a reaction of diphosphonic acid bearing a short oxyethylene chain with tetratitanium chloride and subsequent Li ion doping. The ionic conductivity values of the resultant organic-inorganic hybrid materials were on the order of 10­-5 S cm-1 which are relatively large values despite containing a short oxyethylene chain. In addition, there was no obvious decrease in ionic conductivity corresponding to the crystallization of these hybrid materials.